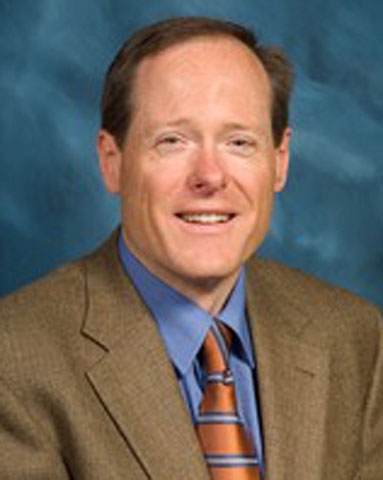 Dr. Douglass is a Southern California native. After graduation from Pomona College, he pursued a brief career as a high school math and science teacher. He then attended the University of Connecticut School of Medicine. He completed his residency at the Middlesex Hospital Family Medicine Residency Program and a Faculty Development Fellowship at Duke University. He joined the Middlesex Hospital faculty in 1996, was named Associate Director in 2004, and was a member of the 2008-2009 NIPDD class. He assumed the role of Residency Director in 2010. In addition to board certification in Family Medicine, he holds a Certificate of Added Qualification in Hospice and Palliative Medicine. He is a Professor of Family Medicine at the University of Connecticut and Quinnipiac University Schools of Medicine.

Dr. Douglass has a passion for educational innovation in graduate medical education. He led the development and implementation of the nation’s first comprehensive 4 year residency in Family Medicine, and participated in both the Preparing the Personal Physician for Practice (P4) and ACGME Length of Training Pilot projects. He is an active speaker and consultant on extended and individualized residency curricula.

His other major academic interest lies in advocating for the role of primary care clinicians in promoting oral health. He served for 8 years as founding Editor of the award-winning Smiles for Life National Oral Health Curriculum. Smiles for Life recently celebrated its 18th anniversary and 2,000,000th learner.

Dr. Douglass has presented and published extensively in both of the above areas. He has received research prizes from the American Academy of Family Physicians and American Academy of Pediatric Dentistry, the Innovative Program Award and New Faculty Award from the Society of Teachers of Family Medicine, the Gold Program Director Recognition Award from the Association of Family Medicine Residency Directors, and several teaching awards.

Dr. Douglass has served in a number of national academic leadership roles including Treasurer of the Society of Teachers of Family Medicine Foundation, President of the Family Medicine Education Consortium, and Editor and Treasurer of the Smiles for Life Steering Committee. He sits on the ACGME Length of Training Pilot Steering Committee, and serves as a Consultant for AAFP Residency Program Solutions.

Dr. Douglass and his wife Joanna, a Pediatric Dentist and Hospital Chaplain, are the proud parents of four adult sons.

The AFMRD provides its members with a community and the resources to help them meet the day-to-day responsibilities and challenges of running a successful residency program.
Become a member today!